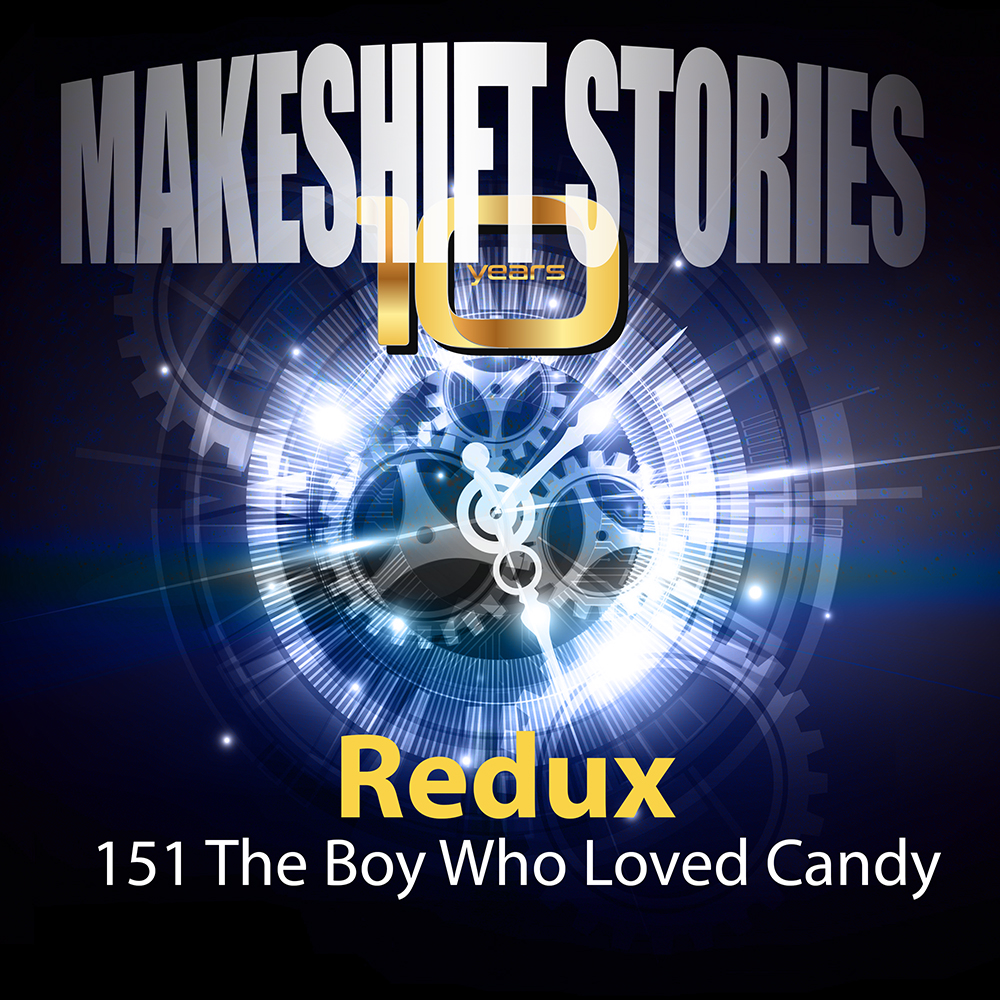 Redux – The Boy Who Loved Candy

This fairy-tale was the first episode of the Somewhere Sometime series from February 4, 2010. Under the influence of an alien obsessed with sweets, Mario is encouraged to eat candy until he has grown to alarming proportions. He is lured to the alien’s ship where he discovers he has been sweetened up to suit the taste buds of the extraterrestrial who has been manipulating him.